In females, one X chromosome is “silenced” (turned off) through a process called x-inactivation, so that they do not produce twice as many gene products (males only have one X chromosome). 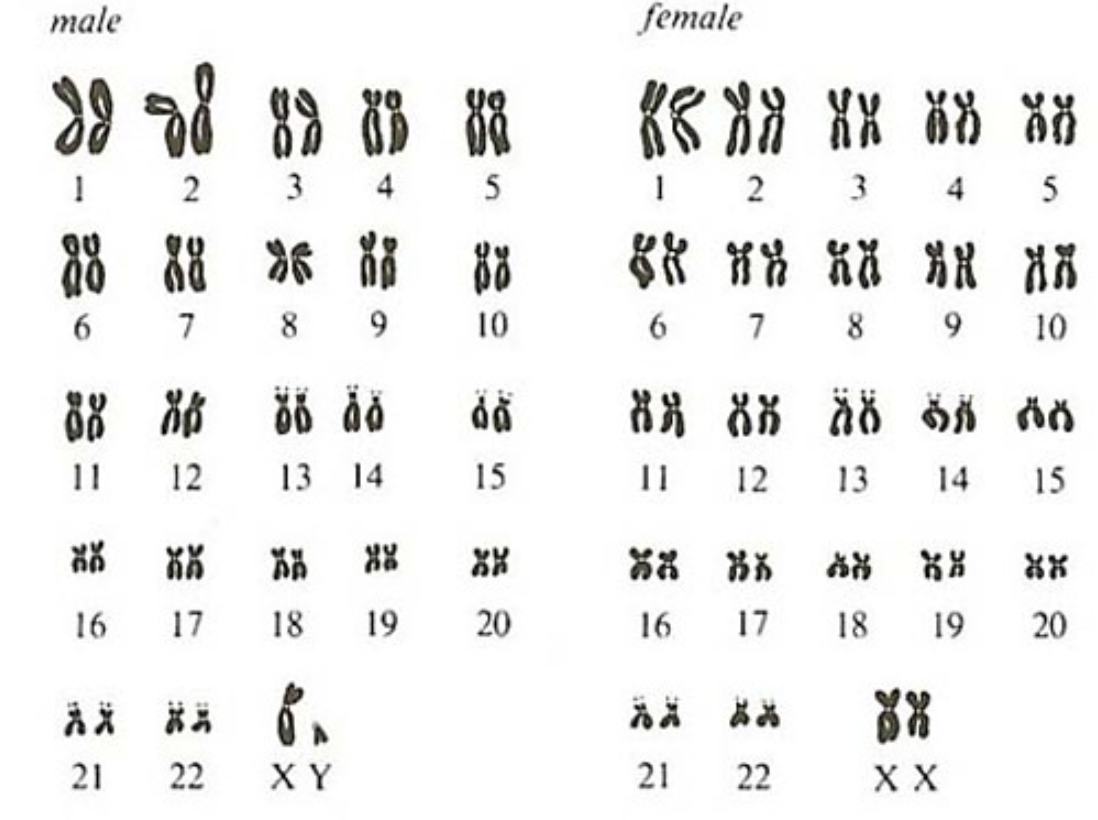 Genes are instructions for how to make proteins. Only 2% of the genome is “coding” meaning it produces a protein product via transcription and translation. The other 98% of the genome was thought to be “junk” but we’re just now discovering what the bulk of our DNA actually does. For instance, we now know a large portion of our DNA is “regulatory” DNA meaning the noncoding DNA “regulates” which genes should be turned on or off (expressed or not expressed) under certain conditions. For example, different genes are expressed (produced) during starvation to keep you alive, that would not have been turned on if conditions were different.

Anatomy of a gene 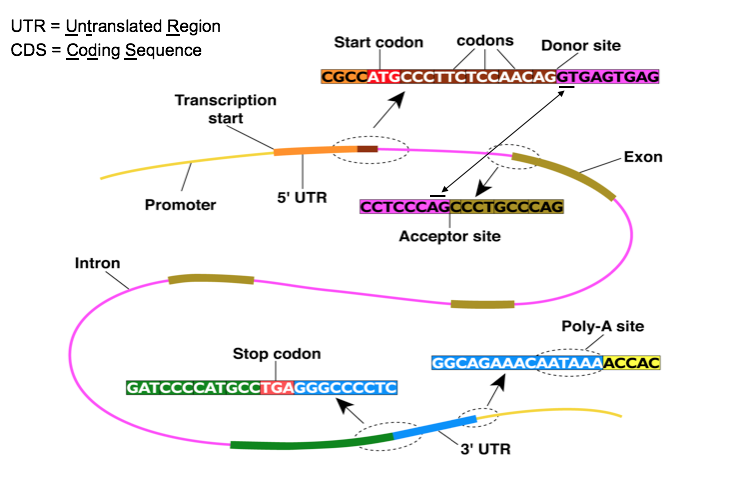 Part of the reason that the number of genes originally estimated was so far off, was because the idea of “alternative splicing” had not been discovered yet. One gene can turn into many proteins, by “splicing” or combining the introns and exons pictured below in different combinations. 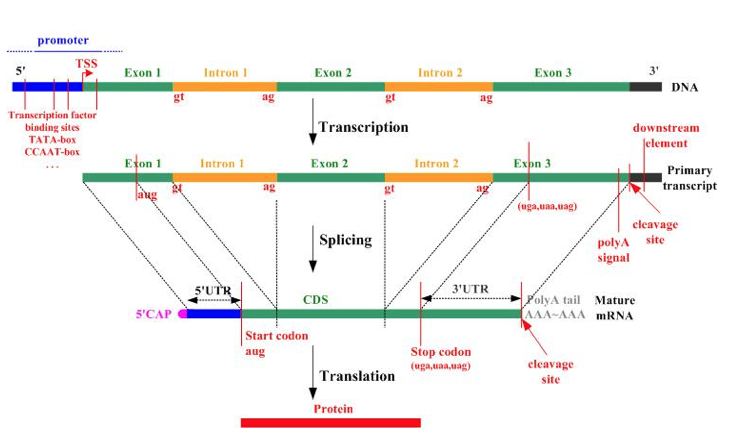 The DNA sequence gets parsed into an amino acid sequence, and the sequence of amino acids together form a chain (called a polypeptide or protein), and this protein’s shape (structure) is determined by it’s sequence. The structure of the protein then determines the function it will serve in the body (what other proteins will be able to fit/bind with it, etc).

The human genome is 3 billion base pairs. Now that the human genome has been sequenced, the challenge that remains is interpretation. What do all these bases do? How do our genes confer health and disease? 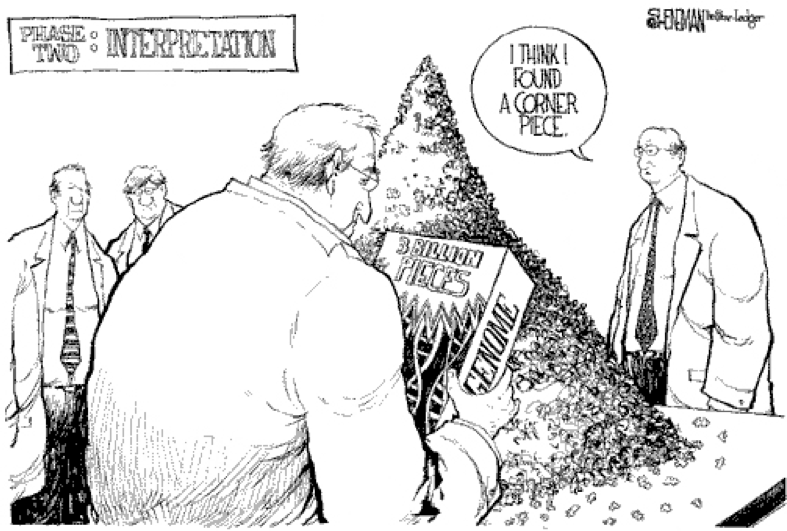 Roughly we think the composition of the human genome is:

Before the next generation sequencing revolution, scientists thought the majority of human disease mutations would be in the coding regions. To their surprise, 80-90% of human disease GWAS associated SNPs are in fact non-coding. The majority of diseases are likely to involve issues in how genes are regulated.

“Genomics is as much a field of Computer Science, as it is a field of Biomedicine. There is the code, which is your genome, less than a gigabyte long. This piece of code “runs” every single cell in your body. And then there is you - the code’s output. A giant “cellular” automaton. Seen this way, the genome is the most fascinating distributed operating system on the planet. Human genomics is the study of how this operating system produces its output - you: Many human diseases are caused by “bugs” in this code. Humans differ in millions of places in their code. The bugs we want to flush out are often only a handful unfortunate differences. Technology is allowing us to see the genome in action, even intervene with it, rewrite sections at will. These are the first blossoms of a “genome IDE” (integrated development environment), that will change humanity forever. The genome also holds a fascinating record of how we became who we are today, at the code level. Of how other animals (successful source code forks) have become so different from us. And what code “modules” we may borrow from them to improve our own health. The knowledge of what “bugs” in our code will pain us the most, how best we may “patch” them (with drugs and procedures), how best to fix our bugs (genetic engineering) or “compile” only bug free versions (in-vitro fertilization). All of these will profoundly change humanity as we know it today. – Bejerano Lab